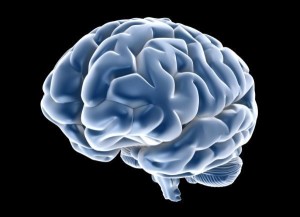 The discovery of spontaneous neuronal replacement in the adult vertebrate brain has changed the way in which we think about the biology of memory. This is because neuronal replacement is likely to have an impact on what a brain remembers and what it learns. Neuronal replacement has also changed the way in which we go about exploring new strategies for brain repair. Our new outlook on both these matters is all the more remarkable because of the pervasiveness of the earlier dogma, which for warm-blooded vertebrates relegated neurogenesis to embryonic development and, for a few neuronal classes, early postnatal life. The discovery of constant neuronal replacement in the adult brain was remarkable, too, in that it was not required by what we thought to be the logic of nervous system function. Moreover, no previous facts prepared us for it. Much of the modern theory of learning embraced the view of modifiable synapses as the key players in learning and as the repositories of memory. But if this were so, what would be the point of neuronal replacement in healthy brain tissue? In what follows, I will briefly review the work of Joseph Altman, because he was the first one to challenge the notion that new neurons were not produced in adulthood. I will then review what we know about neuronal replacement in the song system of birds, which my laboratory has studied for many years. In closing, I will offer a general theory of long-term memory that, if true, might explain why adult nervous systems constantly replace some of their neurons.

During the last 30 years, a number of revolutionary discoveries in the field of neuroscience have come from what was, at first, an unexpected direction: songbird research. Investigations into seasonal and sex-specific differences in birdsong development have led to important revelations about the impact of sex hormones on brain development and the hormonally controlled plasticity of brain structure, as well as the particularly surprising discovery that neurogenesis continues to occur in the adult brain (see Harding, p. 28). The work of Fernando Nottebohm is widely recognized as having played a key role in bringing these findings to light and thus forcing a general re-examination of established principles of neuroscience. Fernando Nottebohm is Dorothea L. Leonhardt Distinguished Professor at The Rockefeller University, and Director of The Rockefeller Field Research Center for Ethology and Ecology, a 1,200-acre facility located in Millbrook, NY, that provides researchers the opportunity to study behavior and brain function under natural conditions. Nottebohm’s pioneering work on the neural control of birdsong has led to major discoveries with large impacts in the fields of animal behavior and neuroscience, and has made him one of the founders of neuroethology, the study of how the nervous system controls animal behavior. Nottebohm is a Member of the National Academy of Sciences, USA, and a Fellow of the American Association for the Advancement of Science and of the AmericanAcademy of Arts and Sciences. We had a chance to sit down with him to discuss his distinguished career working with laboratory birds

Adult-born hippocampal neurons are important for cognitive plasticity in rodents. There is evidence for hippocampal neurogenesis in adult humans, although whether its extent is sufficient to have functional significance has been questioned. We have assessed the generation of hippocampal cells in humans by measuring the concentration of nuclear-bomb-test-derived ¹⁴C in genomic DNA, and we present an integrated model of the cell turnover dynamics. We found that a large subpopulation of hippocampal neurons constituting one-third of the neurons is subject to exchange. In adult humans, 700 new neurons are added in each hippocampus per day, corresponding to an annual turnover of 1.75% of the neurons within the renewing fraction, with a modest decline during aging. We conclude that neurons are generated throughout adulthood and that the rates are comparable in middle-aged humans and mice, suggesting that adult hippocampal neurogenesis may contribute to human brain function

Numerous studies have attempted to determine the function of adult neurogenesis in the hippocampus using methods to deplete new neurons and examine changes in behaviors associated with this brain region. This approach has produced a set of findings that, although not entirely consistent, suggest new neurons are associated with improved learning and reduced anxiety. This paper attempts to synthesize some of these findings into a model that proposes adaptive significance to experience-dependent alterations in new neuron formation. We suggest that the modulation of adult neurogenesis, as well as of the microcircuitry associated with new neurons, by experience prepares the hippocampus to meet the specific demands of an environment that is predictably similar to one that existed previously. Reduced neurogenesis that occurs with persistent exposure to a high threat environment produces a hippocampus that is more likely to respond with behavior that maximizes the chance of survival. Conversely, enhanced neurogenesis that occurs with continual exposure to a rewarding environment leads to behavior that optimizes the chances of successful reproduction. The persistence of this form of plasticity throughout adulthood may provide the neural substrate for adaptive responding to both stable and dynamic environmental conditions

The dentate gyrus of the hippocampus continues to produce new neurons throughout adulthood. Adult neurogenesis has been linked to hippocampal function, including learning and memory, anxiety regulation and feedback of the stress response. It is thus not surprising that stress, which affects hippocampal function, also alters the production and survival of new neurons. Glucocorticoids, along with other neurochemicals, have been implicated in stress-induced impairment of adult neurogenesis. Paradoxically, increases in corticosterone levels are sometimes associated with enhanced adult neurogenesis in the dentate gyrus. In these circumstances, the factors that buffer against the suppressive influence of elevated glucocorticoids remain unknown; their discovery may provide clues to reversing pathological processes arising from chronic exposure to aversive stress.

Early experiences such as prenatal stress significantly influence the development of the brain and the organization of behavior. In particular, prenatal stress impairs memory processes but the mechanism for this effect is not known. Hippocampal granule neurons are generated throughout life and are involved in hippocampal-dependent learning. Here, we report that prenatal stress in rats induced lifespan reduction of neurogenesis in the dentate gyrus and produced impairment in hippocampal-related spatial tasks. Prenatal stress blocked the increase of learning-induced neurogenesis. These data strengthen pathophysiological hypotheses that propose an early neurodevelopmental origin for psychopathological vulnerabilities in aging.

Social isolation can exacerbate the negative consequences of stress and increase the risk of developing psychopathology. However, the influence of living alone on experiences generally considered to be beneficial to the brain, such as physical exercise, remains unknown. We report here that individual housing precludes the positive influence of short-term running on adult neurogenesis in the hippocampus of rats and, in the presence of additional stress, suppresses the generation of new neurons. Individual housing also influenced corticosterone levels–runners in both housing conditions had elevated corticosterone during the active phase, but individually housed runners had higher levels of this hormone in response to stress. Moreover, lowering corticosterone levels converted the influence of short-term running on neurogenesis in individually housed rats from negative to positive. These results suggest that, in the absence of social interaction, a normally beneficial experience can exert a potentially deleterious influence on the brain

This website uses cookies to improve your experience while you navigate through the website. Out of these, the cookies that are categorized as necessary are stored on your browser as they are essential for the working of basic functionalities of the website. We also use third-party cookies that help us analyze and understand how you use this website. These cookies will be stored in your browser only with your consent. You also have the option to opt-out of these cookies. But opting out of some of these cookies may affect your browsing experience.
Necessary Sempre abilitato
Necessary cookies are absolutely essential for the website to function properly. This category only includes cookies that ensures basic functionalities and security features of the website. These cookies do not store any personal information.
Non-necessary
Any cookies that may not be particularly necessary for the website to function and is used specifically to collect user personal data via analytics, ads, other embedded contents are termed as non-necessary cookies. It is mandatory to procure user consent prior to running these cookies on your website.
ACCETTA E SALVA